As Polycystic Ovarian Syndrome has become rampant, more women are thankfully looking for a natural treatment of their PCOS symptoms. Faye was one of my lovely patients; in her late twenties, slim, tall, feminine, energetic. She was not overweight, did not have excessive hair growth or fatigue, but still had very painful cysts on her right ovary. When she received the diagnosis she was sent home without much information or treatment and felt devastated. Would she never be become pain free? Would she ever be able to have children? If only she had known then, that all it took was a homeopathic detox of the contraceptive pill to restore her fertility! 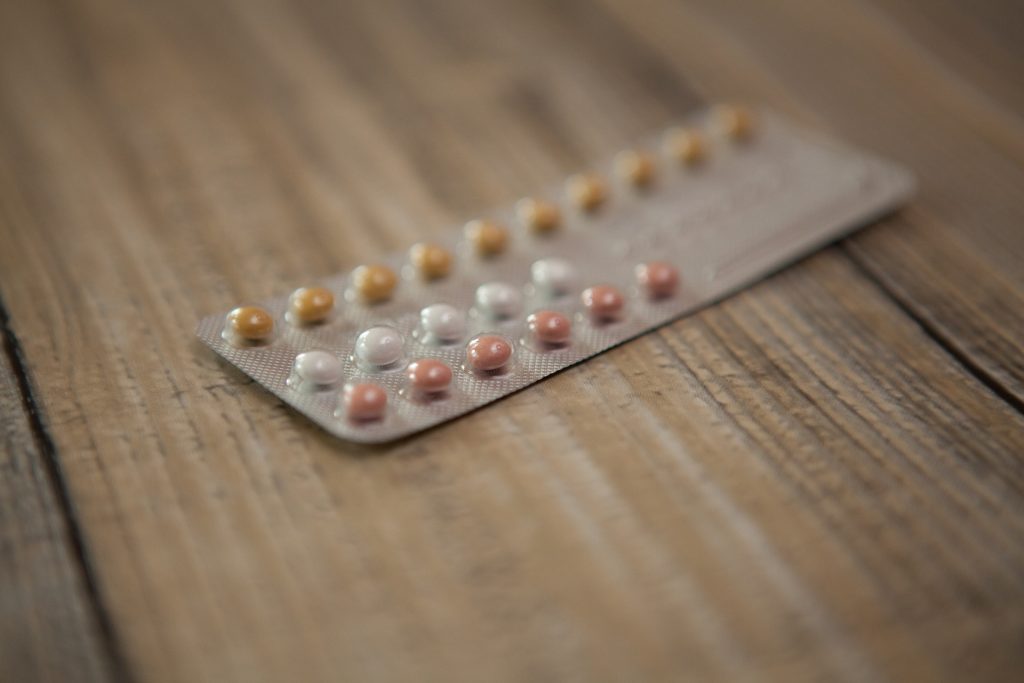 In the past years I’ve been writing & filming more frequently about PCOS and sadly this is the case because I see more women diagnosed with polycystic ovaries in my clinic. The great news, however, is that I am also writing so much about it because I see incredible success in treating PCOS with homeopathy!

There is one particular type of PCOS that especially has a good prognosis. When treating patients with this type of PCOS, very quickly cysts reduce, cycles regulate and women start to ovulate again. What this type of PCOS is? The one that is caused by the pill!

These days I seem to be getting more and more women with polycystic ovaries and especially more younger women, and especially women like Faye that do not have all the typical PCOS symptoms:

What they all do have is:

PCOS after the contraceptive pill

What these women all have in common? They have been on the contraceptive pill since their teens, and often they are even 2nd or 3rd generation contraceptive pill on top of that! Sadly many women never know that ovarian cysts can be a side effect of the pill.

Thankfully though, in those cases a relatively simple homeopathic detox can do wonders. Especially when the PCOS symptoms have not been around that long yet.

This was also the case for Faye. She started on a combination pill at age 17 because of acne and stayed on it ever since.

At age 28 she started to get acne again, so her gynecologist switched her to a lighter pill. Not long after that a sharp pulsating pain developed in the right side of her abdomen. When she went back to her doctor, he gave her a pelvic scan and diagnosed her with PCOS.

All her doctor said was that she should stay on the pill and come back for fertility treatment when she was ready to have kids.

Faye, however, was adamant to get better. Instead she decided to stop the pill completely and research PCOS online. A cleaned up diet improved her pain a little but it returned with a vengeance. So when her period stayed away for 4 months, she decided to come and see me.

Faye had a very happy childhood and teenage years and didn’t connect at all with the emotional root of PCOS that I also often see in PCOS cases as well. Based on the fact that she also just had cysts and none of the other common PCOS symptoms, I suspected that her cysts were a direct result of years and years of the contraceptive pill suppressing ovulation.

Stopping the pill was the best she could have done and if her body had managed to pick up ovulation again, the cysts would likely have disappeared. However, her body was stuck in non-ovulation mode and so she had no period and the cysts remained.

This happens so often! The pill tells women’s bodies for years not to ovulate. Then when they stop the pill, their body almost seems to have forgotten how to.

I started her on a two month contraceptive pill detox with homeopathic remedies as well as the remedy Platina that suited her and right-sided ovarian pain well. Within one week on the detox, she had a healthy bright red, painless, 5 day period! Not long after that, her sharp ovarian pain started to go away as well.

That period started a 75 day cycle, followed by 55

and then settled at about 40 days after 5 months of treatment. Her hormonal balance improved by the month as she was getting healthy fertile cervical mucus and started to ovulate regularly again. More importantly, she barely has any ovarian pain left and rarely even thinks about it anymore. The occasional times she does feel it, it is very mild and short lived.

Treating your PCOS naturally is not impossible! regardless of what your doctor may have said! You don’t have to go on the pill and then take fertility drugs when you want a baby.

If you want to learn to detox homeopathically yourself, you can do so with the synthetic hormones detox protocol which is available in my shop.

You can also watch the video below or have a look at the ever-growing PCOS playlist on my YouTube channel.